The graph below shows the average carbon dioxide (CO2) emissions per person in the United Kingdom, Sweden, Italy and Portugal between 1967 and 2007. The line graph illustrates the amounts of CO2 emitted by each person in four countries from 1967 to 2007.

It is clear that each Swedish or UK person released less CO2 over the period researched, but CO2 emissions in Italy and Portugal showed a rise. Citizens in the UK was responsible for the largest amount of CO2 released all the time.

In 1967, about 11 tonnes CO2 was produced by a UK citizen, followed by 9 tonnes in Sweden. In comparison, each Italian discharged over 4 tonnes which was approximately threefold higher than that of a Portuguese.

From that time onwards, the average quantity of CO2 released in the UK decreased gradually to under 9 tonnes while the figure for Sweden, after an 1 tonne climb in the first decade, also went down moderately to well under 6 tonnes at the end of the period. In contrast, more CO2 was produced by each person in Italy whose figure grew to nearly 8 tonnes in 2007, compared with an equally significant increase to roughly 6 tonnes in Portugal.

– release (verb): to let somebody/something come out of a place where they have been kept or trapped – phóng thích

– discharge (verb): when a gas or a liquid discharges or is discharged, or somebody discharges it, it flows somewhere

– moderately (adv): to an average extent; fairly but not very – trung bình

Discuss both these views and give your own opinion

Acquisition of a second language has long been considered by many to be an important part of education, but some believe that it is unnecessary for the majority of people who do not intend to travel or work in other countries. While it is true that most people that study a language in school may never get the chance to use it, there are benefits to studying language beyond an increased capacity to communicate.

The largest argument against learning foreign languages is most common to citizens of English speaking countries and it concerns the relative usefulness of a second language as compared to studying something more immediately relevant to their lives. They believe, with some justification, that everyone else knows English anyway, making their studies pointless.

While it is true that English is the lingua franca of our time, the ability to communicate is only one of the benefits of language acquisition. There are many notable benefits for the brain  when we learn new tongues, for example, it has been proven to reduce the chances of dementia in the elderly and keep our brains healthy for longer. Learning a language also allows you to experience other cultures and access information in a way that is impossible to achieve with google translate.

Even though, especially for English speakers, it might seem to be unnecessary to learn a second language, the benefits of doing so are uncountable. It is impossible to understand foreign peoples and their cultures without learning their lexicon and in the modern world that seems to be a more important skill than ever before.

– Justification (noun): The action of showing something to be right or reasonable – Biện minh

– Chances of dementia: Possibility of getting a disease that make you forget things – Khả năng mất trí nhớ 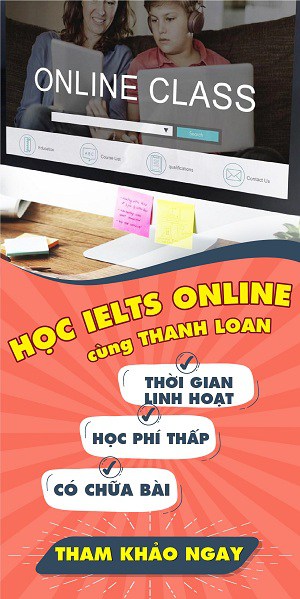